TORONTO – More and more these days, the patient consulting a plastic surgeon for cosmetic enhancement is often a man — and not just for a little filler here and a bit of Botox there.

But it is the type of procedure being sought by more men that is putting a whole new complexion on the face of plastic surgery — a $10.1-billion business in the United States involving more than 13 million procedures, including 1.1 million undertaken by males.

Last year, there was a 14 per cent jump in the number of facelifts performed on men, an 11 per cent rise in ear-shaping surgery, four per cent more eyelid surgeries and a seven per cent hike in fat-removing liposuction, the ASPS comparison with 2009 statistics shows.

For one thing, cosmetic surgery has become more acceptable by society as a whole, Brown said. “People talk about it more, it’s become a bit more mainstream. I think the gap between men and women just in general is narrowing. And so what was maybe something that was more thought of by women initially is something that many more men are taking advantage of.”

The ASPS also found the number of men having minimally invasive procedures to diminish creases and wrinkles climbed along with full-out nip-and-tuck surgeries: the number seeking soft-tissue fillers went up by 10 per cent in 2010 over the previous year, while nine per cent more had Botox injections. Dermabrasion to smooth out the skin was up four per cent.

“I think as men are staying healthier longer and are able to work longer and enjoy doing what they’re doing, they want to look as good as they feel,” suggested Washington plastic surgeon Dr. Stephen Baker. “So they feel like they have a lot of vitality and a lot of energy, but sometimes when they look in the mirror they don’t see that their image reflects that.”

Many of the men opting for a more youthful appearance are part of the baby-boom generation, a huge demographic that is likely pushing up the numbers, he said.

“A lot of those are in the business world and they’re doing it to kind of maintain, for lack of a better word, a competitive edge,” Baker said from the U.S. capital.

“I’ve had a number of patients, at least in Washington, DC., come in and say: ‘You know I look in the mirror, I look kind of tired. I feel great, I’m high up in the company and I don’t want to have people look at me and perceive that maybe I’m not fit to be in my position.'”

Baker said many of his male patients are military men, politicians, lobbyists or attorneys who want to exude the appearance of youth, vitality and professionalism in keeping with their abilities.

“I’d say it’s a lot of people that are maybe moving into their 50s and 60s and still feel as good as they did when they were in their 30s or 40s, and they just want to look as good as they feel.”

Also making cosmetic enhancement more acceptable to men — and to society in general — are such television shows as “Extreme Makeover” and “Miami Slice,” which have taken away much of the mystique of plastic surgery for the average person, he said. Even with the recession, having a facelift, eyelid surgery or nose reshaping is no longer seen as just the purview of the rich and famous.

“Typically people think of celebrities and high-profile men going under the knife,” said Baker. “And while that may be true, the typical male cosmetic surgery patient that I see is an average guy who wants to look as good as he feels. Most of my patients are ‘men’s men,’ the kind of guy you might not think would have plastic surgery.

That was the case for Baker’s patient Joe Marek, 57, who had been thinking about having cosmetic surgery for a few years because people kept commenting about how tired he looked.

“I never felt tired. I’m in pretty good shape, I work out, I’m not heavy,” the software engineer said from his home in Laurel, Md.

But Marek could see he was starting to get bags under his eyes, his upper lids had become somewhat droopy and signs of a “turkey neck” were beginning.

“I said ‘What the heck,’ and I did it,” he said of his upper and lower eye surgery and full facelift.

The change was so natural that people would comment on his appearance being different, but they couldn’t put their finger on what had altered, he said. “To be quite honest, my mother didn’t notice it.”

Marek said his 52-year-old girlfriend was fully supportive of his decision to have plastic surgery, and she commented that it has brought out his inner child.

“I don’t think the facelift made me do that. I’ve been working out for a long time. I’m at the gym five times a week, weightlifting, doing aerobics,” he said. “So I always felt younger inside. I just didn’t feel I looked younger on the outside.” 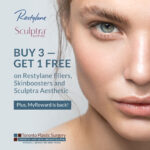 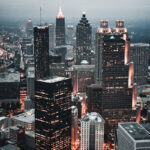